¡¡¡¡In today¡¯s two-wheeler realm, there¡¯s plenty of motorcycle customization workshops on each and every continent. However, you will only find a handful of enterprises able to personalize your two-wheeled companion as neatly as Deus Ex Machina. Over the years, we visited Deus¡¯ fascinating portfolio to admire the mechanical masterpieces crafted on their premises, and we can¡¯t seem to get enough of these marvels.

¡¡¡¡Take, for instance, this magnificent Yamaha MT-07 adorned with monocoque bodywork, or the ¡°Saint,¡± a bespoke Kawasaki W800 that¡¯s been subjected to a rugged scrambler-style transformation. Oh, and don¡¯t you even get me started on the company¡¯s handsome casual apparel items, okay? Giving your brand a distinct personality of its own is a key ingredient in the recipe for a successful business, and these fellows tick that box on just about every level.

¡¡¡¡Needless to say, Machina¡¯s moto architects clearly know what they¡¯re doing. In fact, it¡¯s virtually impossible to recall a single time when these experts haven¡¯t amazed petrolheads with their thrilling undertakings. Now, let¡¯s take a quick look at how the company¡¯s Milan-based branch managed to convert an ordinary Yamaha XJR1300 into what they call ¡°Project X.¡± We¡¯d encourage you to sit down and take a deep breath because this beast is about to make you go weak at the knees.

¡¡¡¡It all started when the manufacturer invited Deus to take part in its annual Yard Built initiative. The donor for this venture is powered by an air-cooled DOHC inline-four colossus that packs sixteen valves and an astronomical displacement of 1,251cc. This brutal piece of Japanese machinery is good for up to 98 untamed horses when the tachometer hits 8,000 spins per minute.

¡¡¡¡On the other hand, the engine will be more than happy to deliver as much as 80 pound-feet (108 Nm) of torque at around 6,000 revs. The mill is mated to a five-speed gearbox, which enables its oomph to reach the rear wheel via a chain final drive. As soon as this creature landed on Deus Ex Machina¡¯s doorstep, the entire structure was stripped naked of its factory bodywork.

¡¡¡¡With the bike dismantled, the crew manufactured an assortment of custom garments using aluminum sheets. We notice a flawless gas tank taking pride of place atop XJR¡¯s unaltered frame, as well as a one-off front fender and tiny side panels. At the rear, the stock subframe supports a fresh saddle and a round taillight module, while the front end comes equipped with CNC-machined triple clamps, a Motogadget gauge, and a Hella headlight.

¡¡¡¡The engine was honored with a race-spec alloy oil cooler and a full titanium four-into-one exhaust system developed by LeoVince. Sure enough, these powertrain upgrades are appropriately complemented by a pair of premium 43 mm (1.7 inches) forks and top-shelf dual shocks from Ohlins¡¯ beloved inventory.

¡¡¡¡A serious dose of additional stopping power is accomplished thanks to a complete Discacciati front brake setup consisting of six-piston calipers and twin 320-mm (13-inch) brake discs. Project X rides on a set of Marvic Streamline magnesium hoops, whose rims are enveloped in high-performance Pirelli rubber. Lastly, clip-on handlebars and rear-mounted foot pegs have been installed for a meaner riding stance.

¡¡¡¡Mass Effect Legendary Edition is finally out, after months of teasing. I¡¯m not sure what there are more of: new players experiencing the trilogy for the first time or returning veterans eager to save the galaxy all over again. But I suspect both groups will find themselves baffled by the same thing that caused an uproar among fans of the original trilogy: the ending of Mass Effect 3.

¡¡¡¡BioWare had confirmed it would not change the ending of ME3 for Legendary Edition ¡ª no more than it did when it released the Extended Cut DLC. So there¡¯s no ¡°fixing¡± the ending of Mass Effect 3. But the problem with the ending ironically starts long before the end of the game, and by the time we got those three red-blue-green lights, it was all just a wrap-up.

¡¡¡¡So what happened to make the ending of Mass Effect 3 such a disappointment? And what could have salvaged it?

¡¡¡¡I¡¯m going to assume everyone who¡¯s even passingly familiar with Mass Effect has some idea of how the infamous ending goes, but here¡¯s a quick primer: Commander Shepard tries to activate the Crucible, the Prothean-designed superweapon that¡¯ll wipe out the Reapers. When they do, a mysterious voice called the Catalyst tells them they have the option of how to deal with the Reapers: destroy them outright, control them by becoming a literal deus ex machina, or synthesize mechanical and organic lifeforms so that everyone will be a single race. 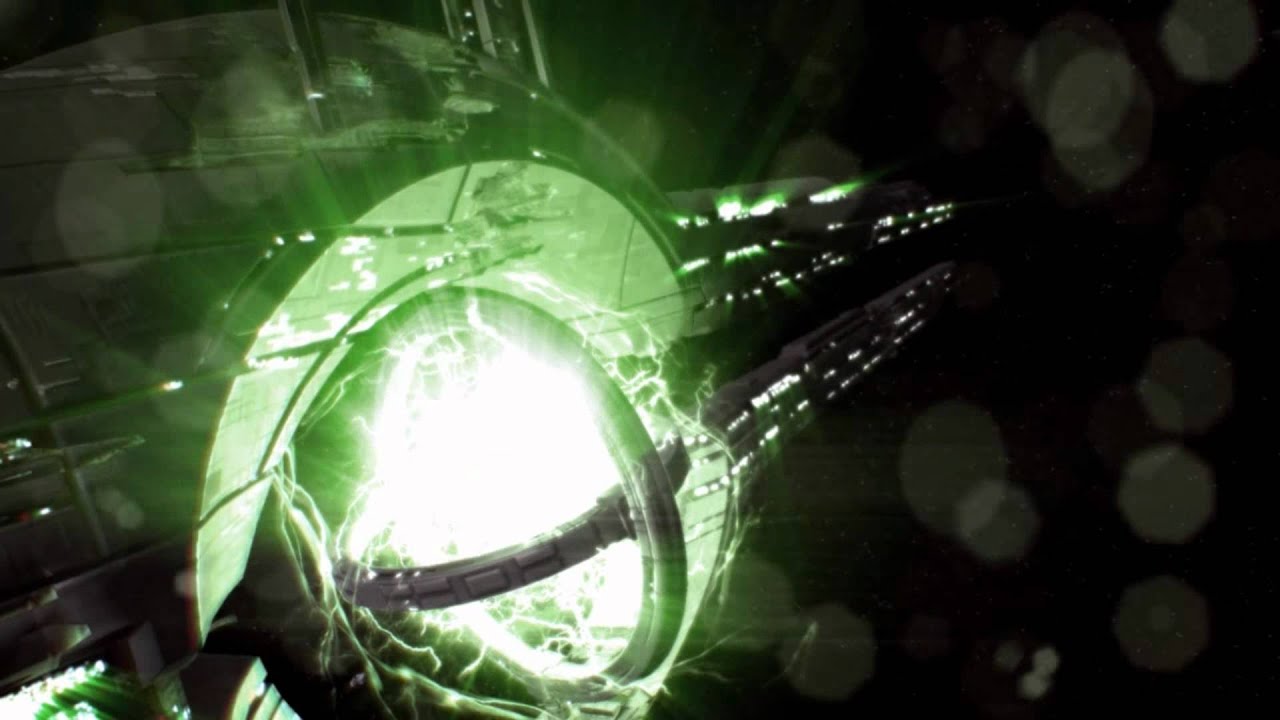 ¡¡¡¡Each of these endings has a different colored light associated with it: Respectively, they¡¯re the Red ending, the Blue ending, and the Green ending. And that¡¯s it ¡ª those are your endings. Well, there is a fourth option, in which Shepard refuses to pick, but even that ending isn¡¯t that different from the other choices.

¡¡¡¡After Shepard made that choice, there was originally just a generic cutscene that showed the Normany on a verdant planet, with a few of your crew members silently contemplating the scenery. The Extended Cut would add more scenes after this, showing what happened to each person Shepard encountered along the way and the aftereffects of each choice.

¡¡¡¡The Mass Effect 3 Extended Cut ending additions made for a good salve, but it didn¡¯t address the cause of the wound: After a trilogy¡¯s worth of difficult choices and player control of the galactic situation, the fate of trillions came down to a simple ABC choice ¡ª the same choice for everyone, every time, the same handful of outcomes. RPGs are supposed to be sprawling tapestries of potential scenarios, and while Mass Effect reads a bit simplistic for the genre, it still felt like a cruel subversion of accepted genre conventions.

¡¡¡¡To give you some idea of what could have been, look at the preceding game, Mass Effect 2. That game offered numerous endings depending on how you played the game and how much time you invested in its characters. They were not all radically different from each other ¡ª rather, they made up a spectrum called ¡°How many characters will die?¡± with the two extremes at each end of said spectrum being ¡°You save everyone,¡± or ¡°Everyone, including Shepard, dies.¡± Your choices in the story and gameplay loop would determine where your ending fell on that spectrum. 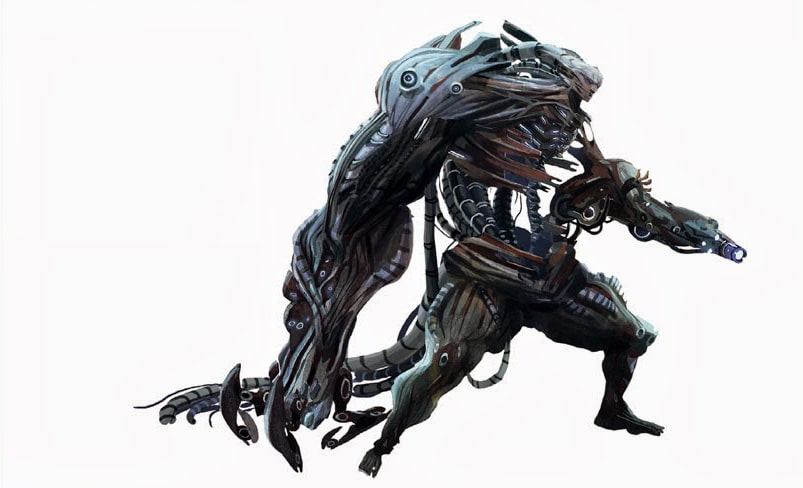 ¡¡¡¡In Mass Effect 3, not only do none of your choices affect the content of the ending, but the outcomes are not radically different from each other. With few exceptions, the Extended Cut shows the galaxy sorting itself out in the wake of Shepard¡¯s choice. There are some who don¡¯t fare so well in the aftermath, but there¡¯s generally hope and Shepard eventually becomes a lauded figure of myth.

¡¡¡¡There were developmental reasons for this ending to be so baffling and unsatisfying ¡ª there was apparently a final boss battle with the Illusive Man that was cut at the final hour, pivotal character Javik was axed and turned into a DLC extra, and the story was rearranged in order to make the game¡¯s projected release date. So the ending we got, especially the original red/blue/green light show, was a very curtailed version of the developer¡¯s original vision.

¡¡¡¡The problems with Mass Effect 3 go beyond surface-level adjustments. It would be interesting to one day see a version of the game that would restore the original intended storyline ¡ª or, even more radically, attempt to adapt the ending that original writer Drew Karpyshyn had envisioned for the series. Perhaps the next Mass Effect project, confirmed to be in development, could adapt the latter.

¡¡¡¡A new generation of gamers is currently experiencing the trilogy¡¯s engrossing story and ending in Mass Effect Legendary Edition. It¡¯ll be interesting to see how they take the ending and whether it¡¯s exonerated by the passage of time. Maybe the ending will be improved when removed from the hype and heightened expectations of the original release.