In a recent interview with DualShockers,?Hytale?Publishing Lead?Chris Thursten?talked about the workings, thoughts, and actions behind the creation and development of Hypixel Studios’ upcoming?game. We asked Chris how the team felt about the game’s constant comparisons to?Minecraft?since its announcement and how far they were planning to stray from those origins.

“It makes sense that people will make the comparison, but blockgames are a genre and we believe there’s plenty of space for something new,” says Chris Thursten. The team originally found its footing through the creation of?Minecraft?server network Hypixel, which grew to become the largest server on the hit game and amass tens of millions of players.

Of course, with those origins it’s hard?not?to compare Hypixel Studios’ upcoming title to?Minecraft?and the team understands that. However, Thursten tells us the developers are hoping for these comparisons to die down as?Hytale becomes its own product and recognizable?brand.

“Hytale is its own game, and over time we expect that the comparison will be made less and less. We’ve got a huge amount of respect for Minecraft, Mojang and Microsoft – there’s definitely space for both to coexist!”

It’s important to note that Hypixel Studios are indeed planning on keeping?Hytale supported in the long run. This is similar to?Minecraft,?which has developed and pumped out regular updates for just under a decade though support recently ended on legacy platforms. It’ll be great to see just how fleshed out this game can become, even more than the incredible base features we’ve seen in the announcement trailer.?

Why Ratchet & Clank is the Most Important PS5 Game

The game will be launching with an extremely huge amount of content and tools for players to immediately stick their toes in and get to creating alongside playing. The team’s current goal seems to be pumping out an incredibly large amount of baseline content and then allowing players to thrive in their custom tools that will be releasing alongside the game.

The team will be “providing lots of support for the game after release,” Chris Thursten told DualShockers. “[Hypixel Studios will] discuss more details about this further down the road!”

According to the official description of the game,?Hytale?“combines the scope of a sandbox with the depth of a roleplaying game, immersing players in a procedurally generated world where teetering towers and deep dungeons promise rich rewards throughout their adventures. Hytale supports everything from block-by-block construction to scripting and minigame creation, delivered using easy to use and powerful tools.”

Our full interview for the game will be coming to DualShockers in the coming days, so make sure to stay tuned.

Have something to tell us about this article? 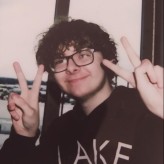 Ben is a Staff Writer for DualShockers. He never spells anything wron. Ever.