Space was always the final frontier for the Fast & Furious saga, and now with this ninth instalment, that has been breached. In a rocket car, of course, proving that in this series, cars are hammers and every plot problem is a nail.

Using mechanical engineering methods known in the films as “tricking it out”, “modding” or “I know a guy”, a sedan can be turned into a space shuttle, no problem.

Ever since the series dropped its original street-racing format and leaned into the heist genre, the goal of each release has been to top the previous one in vehicular mayhem, with things like coherence coming a distant second.

But, as someone said, criticising the franchise for any one of its several film-making sins is like asking why Star Wars stormtroopers are such hopeless soldiers. It would be missing the point.

The film opens with an exploration of Dominic Toretto’s (Vin Diesel) juvenile years, showing his bond with his younger brother Jakob (Finn Cole in flashback and John Cena as the adult). A tragedy drives them apart, one that has repercussions in the present day.

Supervillain Cipher (Charlize Theron) has plans that will disrupt the rural idyll that Dominic shares with his wife Letty (Michelle Rodriguez) and young son.

The couple are forced to perform one more caper.

Director Justin Lin once again tells all actors that everything – from eating a sandwich to entering a room – must be performed in a deliberate and intense manner.

Each character has a “reveal”. They walk in and then strike a pose as an audience of other characters glower. A character will try to stop another from doing evil by saying “this isn’t who we are” or refuse a high-stakes job with a stern “we got out of the game”.

The dialogue might be lazy, but thankfully, the action scenes are not. The finale features a pulse-racing David-and-Goliath street battle that owes a debt?to the cavalry charge on the massive tusked Oliphaunts in Lord Of The Rings: The Return Of The King (2003).

The beautifully staged and shot sequence is worth the price of admission alone.

Was long-delayed Fast & Furious movie worth waiting for? | THE BIG STORY 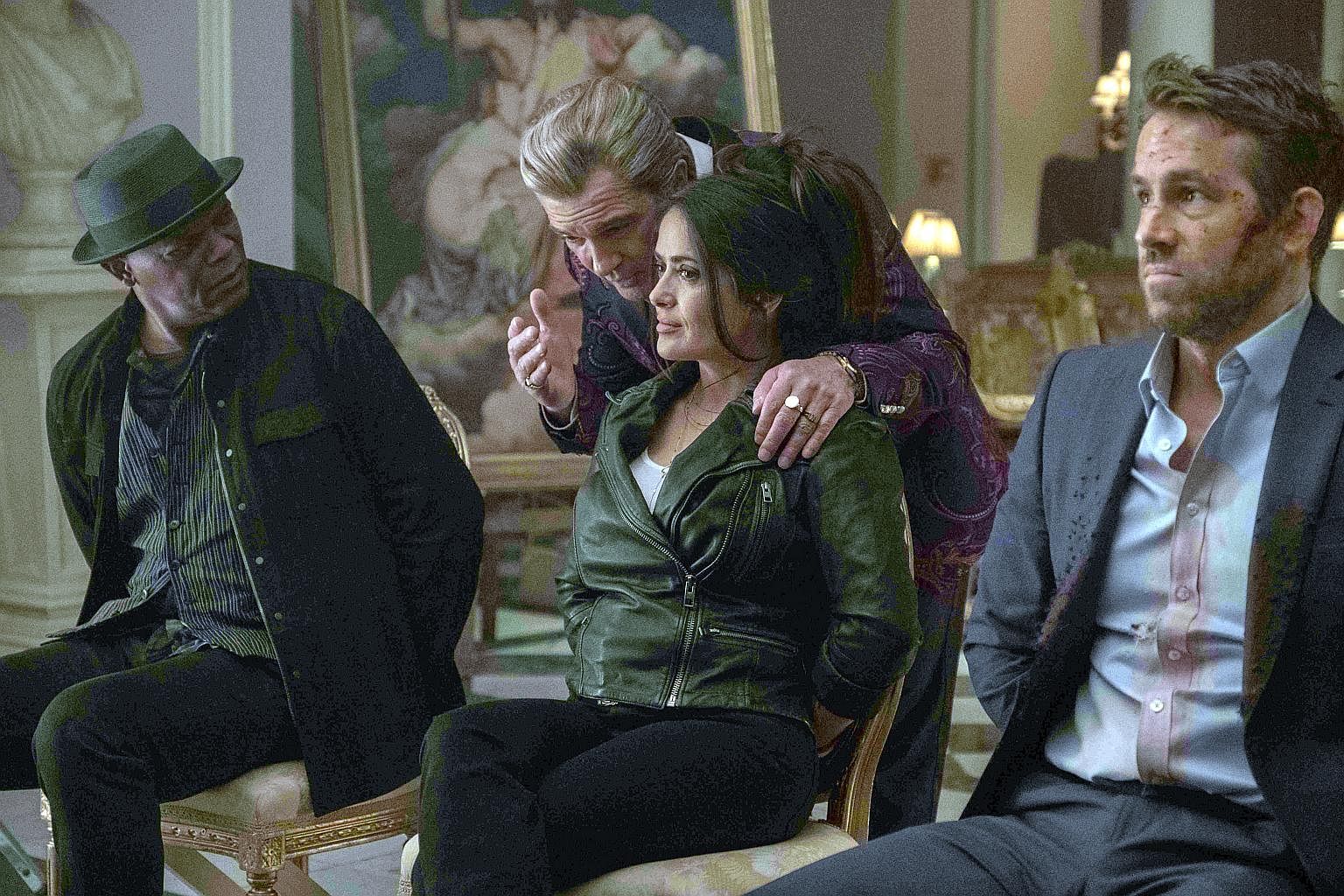 Take the stakes-free, cartoon-like action of the Fast & Furious saga, add more swearing and blood spray and one might end up with this, the sequel to The Hitman’s Bodyguard (2017).

Ryan Reynolds returns as Michael Bryce, a bodyguard demoted from the top ranks because of the work of assassin Darius Kincaid, played by Samuel L. Jackson.

Kincaid’s wife, Sonia (Salma Hayek), enlists the bodyguard in a scheme to free her husband from the gang that has captured him. But another danger looms, in the form of Aristotle (Antonio Banderas), a Greek tycoon with plans to attack the European information highway.

This project has been put together by planners who decided that if an actor is liked for a particular gimmick, then there should be a movie in which he does his thing at maximum volume.

Hayek does hot-tempered Latina;?Jackson swears;?Banderas is the urbane villain with the scary stare;?Reynolds does improv-style jokes.

Director Patrick Hughes, who helmed the first movie, does a decent job with the action set pieces, which include chases across land and sea across the most scenic parts of Europe.

But this project is wholly dominated by the A-listers, who are given free rein to make memes of themselves.

At The Movies: Luca tells of a charmed Italian childhood