Ion Fury is a throwback to classic FPS games. The Build Engine game from 3D Realms and Voidpoint was hit when it released on PC last year. Since then, it’s come to Nintendo Switch, PS4, and Xbox One. And now, the dev team is set to drop a brand new expansion. While we don’t yet have a firm release date or even a name, we do have a teaser. Give it a watch below.

As expected, the Ion Fury expansion teaser is fast-paced and full of explosions. While we might not know much about what’s being added with the update, it’s safe to say that a grenade launcher will heavily feature. The teaser also has a few other weapons, including a minigun, but otherwise, it’s hard to take too much away from the teaser.

That said, if the team can continue to nail the feel of old-school FPS games, this expansion will be a success. The hope is that they go really big and deliver something that completely changes the game. They certainly have a chance to get fans’ blood pumping with some high-quality content.

Ion Fury is available now on Nintendo Switch, PC, PS4, and Xbox One. The expansion is set to launch at some point in 2021. It’s a great time to be a fan of old-school FPS games. Between this and the impending early access launch of Brutal Force, there’s soon to be plenty to play. And, with a Doom Eternal expansion dropping next month, there’s quite literally something for everybody.

Have something to tell us about this article? 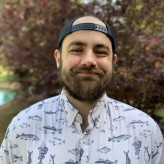